Water intake is absolutely crucial in facilitating blood flow to the key parts of the body that are under stress when we run. It’s common knowledge that blood carries oxygen, nutrients, and sodium to working parts of the body, those being our heart, lungs, and muscles. When dehydration occurs, our blood thickens, reducing the rate of blood flow to these key systems and body components, reducing performance and placing undue amounts of stress on the body. Think of it like this – blood transports our fuel: food and water! Generally speaking, the harder you run, the more water your body will use.

How do you know if you’re dehydrated whilst running?

There are a number of easily identifiable symptoms which I’m sure you’ve heard of before. The first one is feeling thirsty. It is true that you’re already dehydrated, or on a path to dehydration if you feel thirsty. So drink before you feel the signals. Other symptoms include (this list is not exhausted): 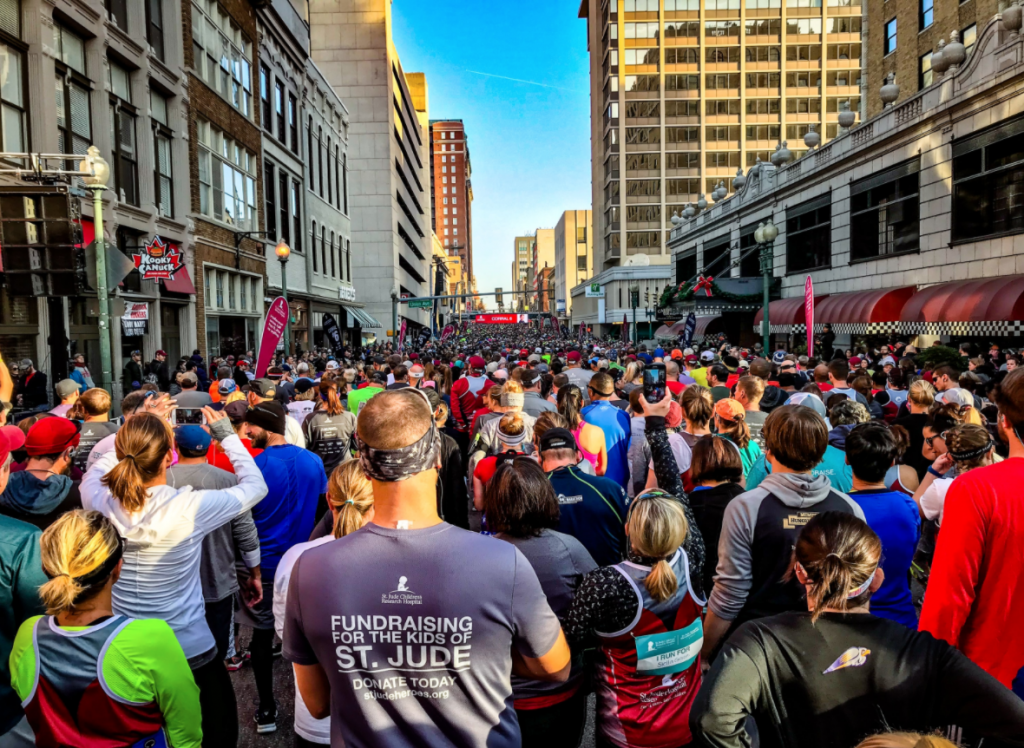 In 2007 the American College of Sports Medicine stated that “dehydration = 2% of body weight degrades aerobic exercise performance in temperate-warm-hot environments and that greater levels of dehydration will further degrade exercise performance.” Thus, the aim is to begin exercise well hydrated, and maintain fluid levels throughout long bouts of exercise, and replenish afterward. It’s pretty simple really. If you can, step on the scales first thing in the morning, before you go on your next long run, and immediately on return, step on the scales. If a bodyweight loss is greater than 2%, “endurance performance will suffer.”

From a medical standpoint, dehydration is caused when running by a number of factors, including respiratory losses (sweating and heavy breathing), substrate oxidation (burning energy, measured from indirect calorimetry measurements), water oxidation and lack of water availability to the bladder. With all these factors combined, up to 2% of body mass loss can potentially occur. 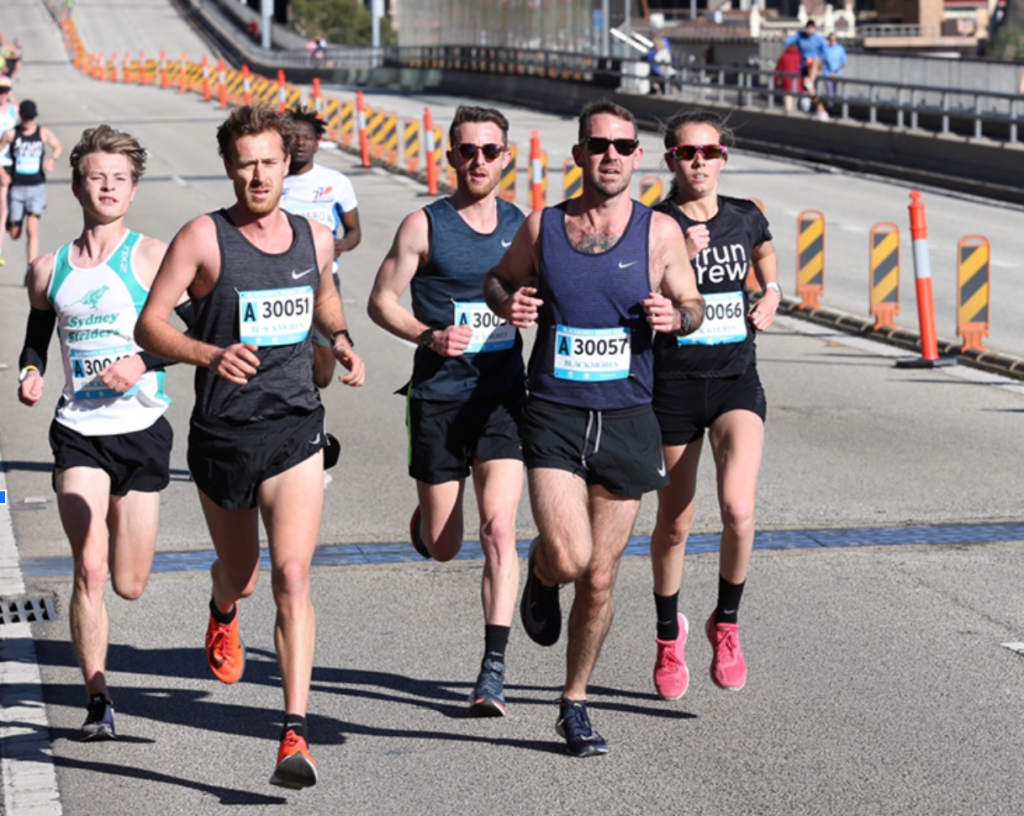 We need to remember that around 60% of our body is composed of water, so it makes up a fair amount of our total body weight. As discussed above, if the runner were to lose roughly 2% of their body mass, endurance performance will decrease. This means a slower pace, reduced recovery ability, and an all-round bad experience. Why let something you can control and plan for race day, ruin your run? If we drink fluid in the correct amounts, timed well, we can ensure better performance on your next run or race day.

Have you ever heard of the term “bonking” or “hitting the wall”, in association with running?  Bonking means a sudden loss of energy and a high onset of fatigue. Dehydration can contribute to “bonking”, which essentially leads to a drastic reduction in athletic performance and a potential inability to continue the athletic activity. It is also largely a result of a lack of glycogen availability to send to the muscles and liver. I’d recommend for events longer than an hour, sipping on a carbohydrate-electrolyte solution, alongside easy to digest snacks to prevent bonking. For events less than 1 hour, staying well hydrated in the days before, the morning of and afterward is crucial.

Another thing to consider is some people sweat more than others. This can be to do with the person’s gender, size, and weight. What this means for the runner, is it is a very personalized approach. The plan must be tried and tested. Don’t try something new on race day, or too close to race day.

How do you avoid dehydration when running?

The top priority is to replace water that has been lost through sweating post-exercise for shorter running sessions and sip on water for sessions longer than 1hr. It is also important to maintain hydration throughout the day, including before exercise. No need to go overboard, however, a glass of water in the morning, first thing can really help kickstart the day and set you up for a better run. As someone who hasn’t drunk enough water in the past, I recently made it a habit to have a glass of water as my first task in the morning, and I have felt better throughout the day as a result of this.

An Oxford Academic article observed the relationship between dehydration and endurance performance in competitive athletes. The main takeaways from this article are the importance of beginning exercise well-hydrated for longer bouts of endurance exercise (which can be monitored by urine color; pale is generally better), and encouragement of mouth-rinsing with sports drinks throughout the activity.

It is possible that Mouth rinsing Carbohydrate solutions could be beneficial for endurance performance, i.e running. This process involves sipping and swishing around a “carbohydrate-electrolyte solution” in your mouth during the endurance event. Whilst there has been little study on the potential benefits of this method, the evidence suggests that endurance performance around 1 hour in length if the “subject has fasted”, can have a beneficial effect on performance.  I have done this myself in races around 10km, and longer runs, however not in a fasted state. What I did find from a performance standpoint is less hunger upon finishing my run, I didn’t feel as fatigued at the end, and I felt I could’ve run further if I desired. I do believe there is something to be said for this. This particular study revealed that “studies using functional MRI and transcranial stimulation have provided evidence that carbohydrate in the mouth stimulates reward centers in the brain and increases corticomotor excitability.” Essentially, the brain is tricked into improving performance which is likely associated with corticomotor excitability.

How do you hydrate before running? 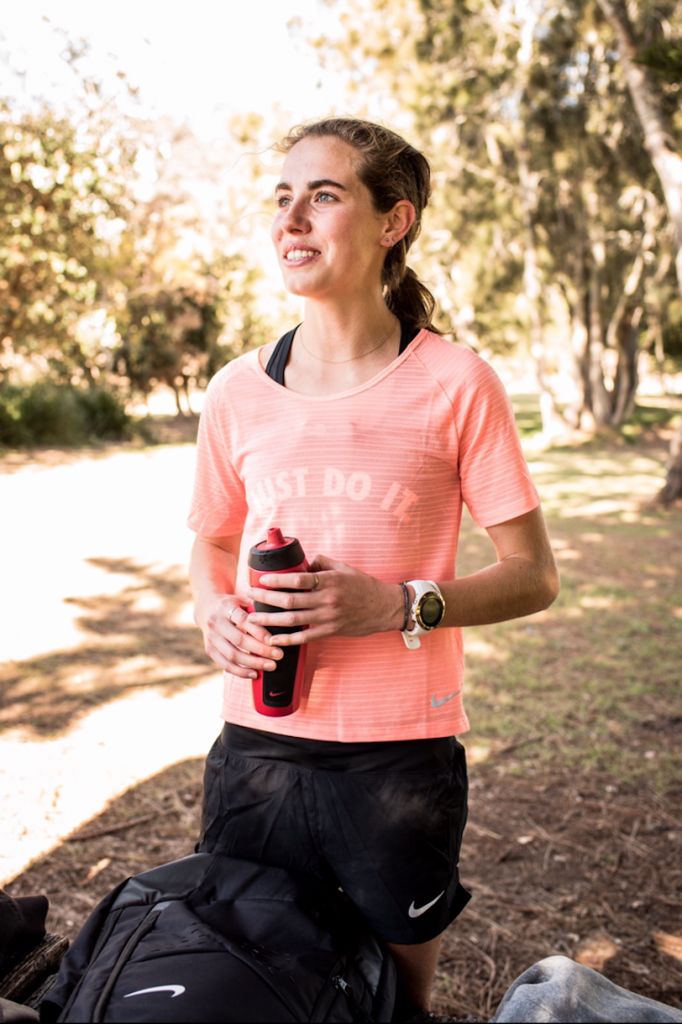 I personally like to drink a glass of water in the morning first thing, with a light snack if I am doing a morning run. If I am going to run a little later in the day, I’ll ensure I’m sipping regularly. If I have access to a hydration formula, like Nuun, SOS Hydration, or Hydralyte Sport as examples, I’ll add a tablet to my water bottle for the day. This is even better than water from a hydration standpoint. I’m a big advocate for finding a personal balance for training, recovery, and a racing strategy. This can improve your performance and ability to recover well. During a race or long run, I like adding Tailwind powder to my bottle as it is a preservative-free (better for you, and your gut!), electrolyte and carbohydrate solution.

I want to break down my personal race strategy so you can see an example: 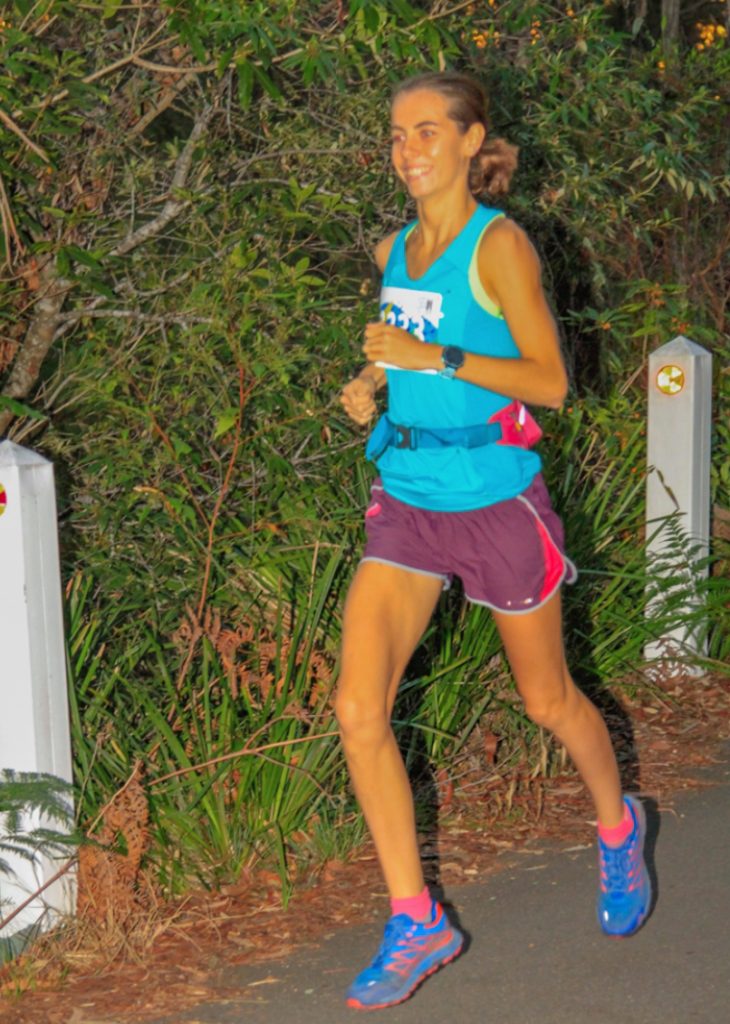 Is it ok to drink water during a run?

Absolutely. If I’m doing a long run, I’m a big fan of carrying a water bottle in a belt with me, often with some tailwind solution if the run is 75 minutes or more. If this is a no-go for you, you could potentially design your run route around access to water (water fountains/bubblers, run via home). If you’re lucky enough to live somewhere more rural, or a running around trails, planting water bottles might be a good idea. Think of it as a mini aid station! 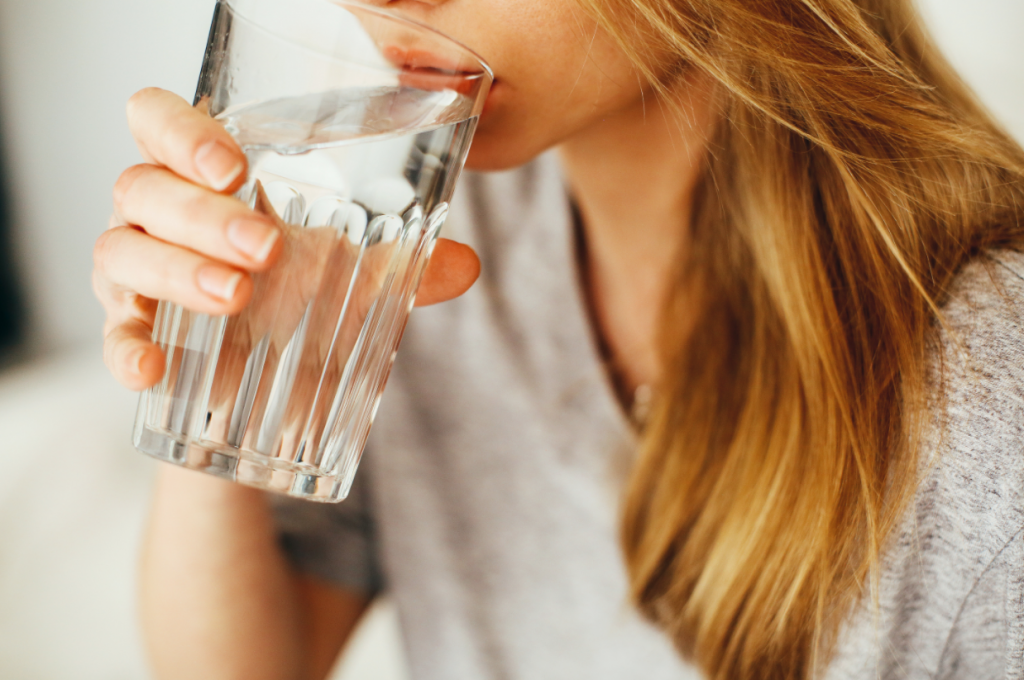 Yes, there is such a thing as drinking too much water. This is known as hyponatremia and can be just as dangerous as dehydration, if not more so. The key to knowing what hydration plan or method is going to work best for you personally, is through processes of trial and error. In sports medicine terms, being over-hydrated causes a low sodium level in the blood and blood volume is reduced. The hormone ADH (anti-diuretic hormone) is released, which retains water. This dilutes the blood, lowers the sodium levels, and prevents consistent blood flow and necessary nutrient transportation to the body.

Some nifty tips to hydrate well, and save money

My adventures delivered to your inbox, each month

Hey! I’m Lara, a long-distance runner, and outdoor sports enthusiast. if you want to stay up to date with my latest articles, offers, and happenings, fill out my newsletter form below: